Sustainability-In-Tech : Switch Off ‘Vampire’ Devices And Save An Average Of £147 Per Year 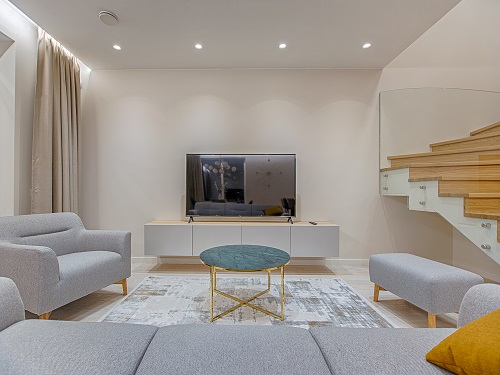 New research by British Gas (Centrica) has revealed that UK households could save an average of £147 per year on their electricity bills by switching off their ‘vampire electronics’.

What Are Vampire Devices?

So-called ‘vampire devices’ are those household electronic devices, plugged into the mains, that continue to drain power when left on standby. These include remote-ready devices with an obvious standby-mode (indicated by a light) such as TVs, PC monitors, and games consoles. Other less obvious, non-remote vampire devices include smart speakers, alarm clocks, microwaves, digital radios, charging laptops and mobiles, white goods, and kitchen appliances and gadgets, such as coffee machines.

The British Gas research showed that almost most one in five (16 per cent) of UK householders were unaware that many household appliances use up electricity whilst not in use, and over one in three (35 per cent) said they wish they’d known devices were costing them money whilst on standby.

It is not surprising that, given the well-publicised hike in energy prices, almost two thirds of those in the British Gas research (63 per cent) said they would make more effort to switch their appliances off now they know they could save money. However, of the 21 per cent who said they will continue to leave appliances on standby when inactive, 50 per cent said this was because the effort of switching them off isn’t worth the cost saving.

The British Gas research also showed that while three quarters of those aged 55-64 said they would switch off appliances to save money on bills, just over one third (35 per cent) of 18-24-year-olds said they found the idea less appealing.

Some tips for stopping energy being wasted and reducing energy bills by limiting the effects of vampire devices include:

– Swich off devices at the mains at night rather than leaving them on standby.

– Make it easier to switch off devices at night by adding several to one extension lead.

– Consider using smart plugs. These allow you to check everything is turned off from your phone.

– Turn off lights when you leave a room and use a smart thermostat to avoid heating unnecessarily.

– Only operate the washing machine and dishwasher when they are full and avoid putting too much water in the kettle if it’s just for one cup of tea.

As highlighted by the British Gas research, knowing what vampire devices are and changing habits to switch off at the mains at night can make an enormous difference to bills, and help reduce greenhouse gas production. With hybrid working, for example, adopting these energy conserving, bill-busting tips could help reduce the overall household bill and smaller business may find it easier to locate and switch-off power draining devices. Bigger companies and SMEs can combine good practice over limiting the effects of vampire devices with other measures such as energy audits, teaching staff how to save energy, switching tariffs, keeping equipment up to date (energy efficiency), using timers, thermostats, and smart meters, looking at lighting efficiency, and generating their own power e.g., solar panels.