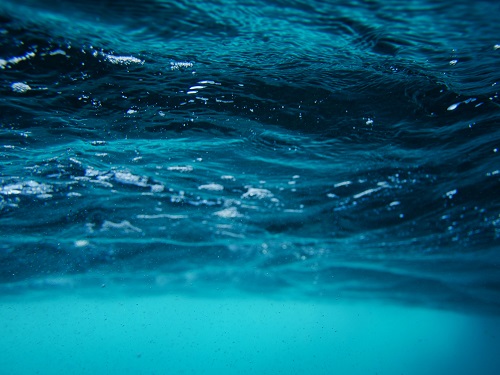 With plastic disintegrating into microplastic particles, polluting the seas and harming wildlife, scientists are asking: could microalgae be the answer tackling the microplastic problem?

Damage and Harm To Sea Life

The huge problem with microplastics is that they have now spread throughout the food chain of the oceans as they are ingested by animals or accidentally or mistaken for food, causing chronic toxicity, sickness, neurological and reproductive toxicity, and death. Microplastic particles have also been detected in our drinking water, beer and food products.

With measures such as the United Nations Environmental Programme conducting education and awareness campaigns in 100+ countries, laws being passed about microbeads, and campaigns around the world, the problem is now being better understood. As well as drastically reducing plastic waste production, the remediation of microplastics already in the environment is a major part of the clear-up.

Using microalgae is now thought to be an ecological, scalable way to help biodegrade microplastic particles in the water. Microalgae, also known as phytoplankton, are microscopic organisms found in both seawater and freshwater that use photosynthesis to capture carbon from CO2 and release oxygen as a by-product.

How Can Microalgae Break Down Microplastics?

Microalgae can attach themselves to the surface of plastic microparticles, produce enzymes which can weaken the bonds of plastic polymers, and convert them into carbon dioxide, water and new biomass. So far, studies indicate that microalgae can be particularly effective at biodegrading polyethylene (used in clothing fibres and plastic bottles), low-density polyethylene or LDPE (used in plastic bags) and bisphenol A or BPA (both chemicals to harden plastic). One 2020 study showed that a consortium of blue-green microalgae used for biodegradation of low-density polyethylene resulted in a 58.9 per cent decrease of carbon composition in the LDPE sample.

The Benefits of Using Microalgae

Some of the benefits of using microalgae to biodegrade microplastics are:

– Microalgae are a natural solution that can be grown quickly, at low cost, and at scale.

– They can be grown in areas that aren’t fertile, aren’t inhabited, or in man-made ponds or natural lakes, e.g. in ponds on the coast, such as those in Morocco. The large areas of natural freshwater lakes in countries such as Indonesia have also been identified as having great potential for microalgae production.

Microalgae appear to be an important likely contributor to effectively tackling the huge environmental and ecological threat posed by microplastics. The fact that they are a natural solution that can be grown at scale, at low cost, are sustainable, and be easily deployed makes them a very promising option not just for degrading microplastics, but also for helping to tackle the problem of global warming. Also, the growing of microalgae at scale could provide jobs and other opportunities as part of a new eco industry. Even though microalgae offer real hope, more research and investment is needed, and microalgae usage should be recognised as part of a wider plan which includes continued education about and improvements in plastic recycling and reusing strategies, regulation and legislation, and more research for additional solutions.