Sustainability : Is Renting An Escooter Really A Green Option? 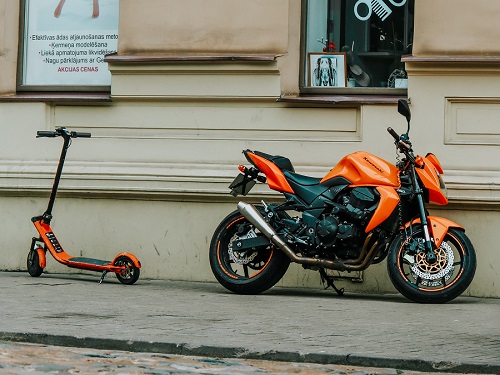 With some research now showing that rental escooters haven’t reduced carbon emissions in cities, we look at whether they are as green an option as you may think.

2019 US research (Hollingsworth, Copeland, Johnson) showed that shared, dockless stand-up rental electric scooters produce 202 grams of CO2 per passenger mile over their lifecycle, which is actually more than an electric moped, electric bicycle, or a diesel bus!

A 2020 French study (Annede Bortoli, ZoiChristoforou) also showed that escooter journeys were replacing lower-emitting forms of transport the point where they added 13,000 metric tons of additional greenhouse gases to the carbon footprint of Paris over a year (the same amount as a small town).

The causes of escooter rentals in cities not cutting, but contributing to more carbon emissions identified in these research studies are:

– People taking escooters journey where a lower-emitting form of transport would have sufficed. For examples, the US study found that only 34 percent of escooter trips replaced a journey that would have been taken and 7 per cent of trips wouldn’t have happened without escooters, thereby making them look even more like a cause rather than a solution for travel pollution. A 2022 Swiss study (Reck and Axhausen), confirmed this result by showing that a shared escooter creates 51 more grams of CO2 per kilometre than the type of transport it is replacing.

– More carbon emissions being added by the collection and distribution distance of escooter rentals (caused by their small batteries), using less efficient vehicles, and charging strategies that are too frequent.

– The poor design of some early escooter imports e.g., from some Chinese manufacturers, and their manufacturing emissions.

– Poor batteries and the environmental impact of lithium-ion battery replacement and disposal.

How To Make Escooters Greener

The conclusions from the many different research projects about ecscooters suggest that measures to make escooter rental in cities much greener could include:

– Delivering and collecting escooters in electric vehicles and via optimised routes.

– Rental companies designing their own escooters with a focus on shared use and longevity.

– Using swappable batteries with a greater capacity, thereby cutting down on the pollution caused by collection journeys.

– Putting rental escooters in places where they are more likely to displace petrol and diesel cars e.g., on the outskirts and not just the centre of cities and towns.

It surprising and disappointing that escooter rental in cities is not reducing pollution. However, as shown by the US (North Carolina) study, more than 90 per cent of the carbon footprint of shared escooters is down to manufacturing and operational emissions e.g., having less efficient escooters with small batteries and the need to make too many collection and delivery journeys. Rental companies buying better scooters, using swappable batteries with more capacity, and using electric vehicles for collection and distribution could all help make escooter rental greener. Also, general green improvements in ecsooter design and the design of many other types of vehicles in the coming years should have a more positive impact on the carbon footprint of cities.