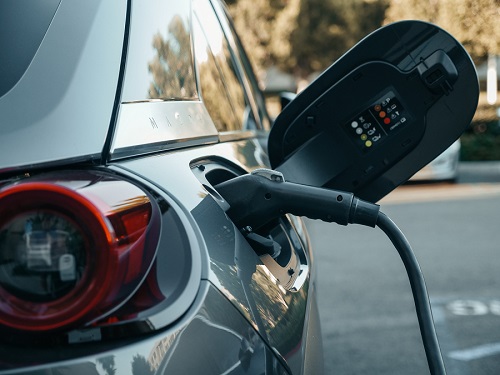 The UK government’s Department for Transport has announced that it will soon be unveiling new plans for the tenfold expansion in the number of Electric Vehicle (EV) chargepoints in the UK by 2030.

The Department for Transport has announced that its new plans, backed by £1.6 billion, under the Electric Vehicle Infrastructure Strategy, will support the UK market to reach 300,000 public electric vehicle (EV) chargepoints by 2030. This is the equivalent to almost 5 times the number of fuel pumps on UK roads today.

The government says that £500 million will be invested in bringing competitively priced public chargepoints to communities across the UK. It is understood that this includes a £450 million Local Electric Vehicle Infrastructure (LEVI) fund, which will boost projects like EV hubs and innovative on-street charging, so those without driveways can still benefit from cleaner transport. Another aim of the new strategy is to make sure that the new chargepoints are distributed so that they can cover the entire country.

A pilot scheme for the LEVI fund has also launched, enabling local authorities to bid for a share of £10 million in funding to work with industry and boost public charging opportunities. LEVI funding also includes up to £50 million to fund staff to work on local challenges and public chargepoint planning so that development complements other zero emission forms of travel e.g., walking and cycling.

The government’s plans also incorporate new legal requirements for chargepoint operators so that EV drivers can pay easily by contactless, compare charging prices, and find nearby chargepoints via apps. A 99 per cent reliability rate will also be required at rapid chargepoints.

The government is also keen to highlight how, coinciding with its own announcement, the UK’s most-used private sector charging network company, bp pulse, has made its own announcement of its plans to spend £1 billion on developing charging infrastructure in the UK, supporting hundreds of new jobs. It is thought that the private sector will need to play a key role in helping the country make the switch to electric and the UK’s most-used charging network.

Chargepoint operators have already committed to installing an additional 15,000 rapid chargepoints across England’s entire road network which should take the total to over 100,000 on-street chargepoints by 2025.

Easier Right Across The Country

Prime Minister Boris Johnson said of the new plans: “We’re powering ahead with plans to help British people go electric, with our expanding charging network making journeys easier right across the country” and that clean transport will “create new high-skilled jobs for our automotive and energy sectors and ultimately secure more sustainable and affordable motoring for all”.

Transport Secretary Grant Shapps added: “The scale of the climate challenge ahead of us all is well known, and decarbonising transport is at the very heart of our agenda” and “that’s why we’re ensuring the country is EV-fit for future generations by the end of this decade, revolutionising our charging network and putting the consumer first.”

Altough broadly welcoming the government’s announcement, the RAC’s head of policy, Nicholas Lyes, expressed some concerns, saying: “While the Government’s expectation of having 300,000 chargepoints available by 2030 might sound impressive, we are concerned that this is not going to be sufficient with drivers looking to switch to an electric vehicle en-masse ahead of the 2030 ban on the sale of new petrol and diesel cars. Additionally, accessibility standards and assistance for those without smartphone apps should also be part of the overall strategy.”

Concern about the UK’s EV charging network has long been cited as one of the main barriers to the growth and take-up of EV ownership in the UK. If this announcement of funding quickly materialises into real improvements in, and a widening of the network nationwide (along with public sector help), it could really boost EV take-up. As highlighted by the RAC, however, the 2030 ban on the sale of new petrol and diesel cars is looming very near and although ambitious-sounding, these latest plans may need to be dramatically scaled-up if an en-masse switch to EVs is possible in the allotted time. For now though, the announcement has showed that the idea is firmly on the government’s agenda, may act as a confidence booster for those looking at EV ownership soon, and is, of course good news in terms of moving the country towards its environmental targets. There is also the prospect that more jobs and innovation could also come out of the investment.